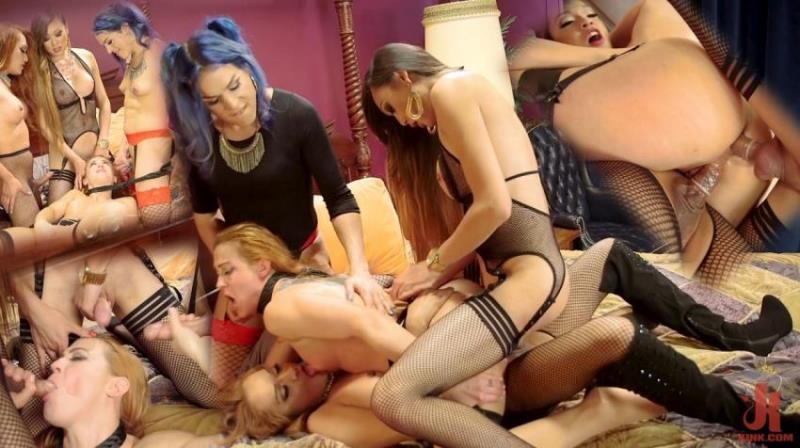 The city of Detropolis is in turmoil after the queen crime boss, Cheyenne Jewel has come to town. With police in “The Jewel’s” pockets, the people of the city turn to reality TV bounty hunter stars, Venus Lux, Jessica Foxx and Kelli Lox to restore their city to it’s original grace. Only the Bounty Babes can get Cheyenne Jewel to stop her madness. After “The Jewel” learns that the bounty babes are closing in on her, she knows the gig is up. If she’s going to go out, she’s going out on her terms. She gives the bounty babes a tip on how to find her. The Babes act fast but they can’t resist Cheyennes seduction and soon their cocks are out and they are terrorizing Cheyenne’s face, ass and pussy with their weapons. Cheyenne Jewel gets rough sex from 3 of our greatest TS performers. Beautiful ladies with rock hard cocks who show no mercy to the crime boss. Качество видео: SiteRip
Read More
More XXX Scenes

Stood up on a Blind date, Cheyenne Jewel finds a way to get laid

Stood up on a Blind date, Cheyenne Jewel finds a way to get laid

Penny Barber get shut up by Cheyenne Jewels Bubble butt